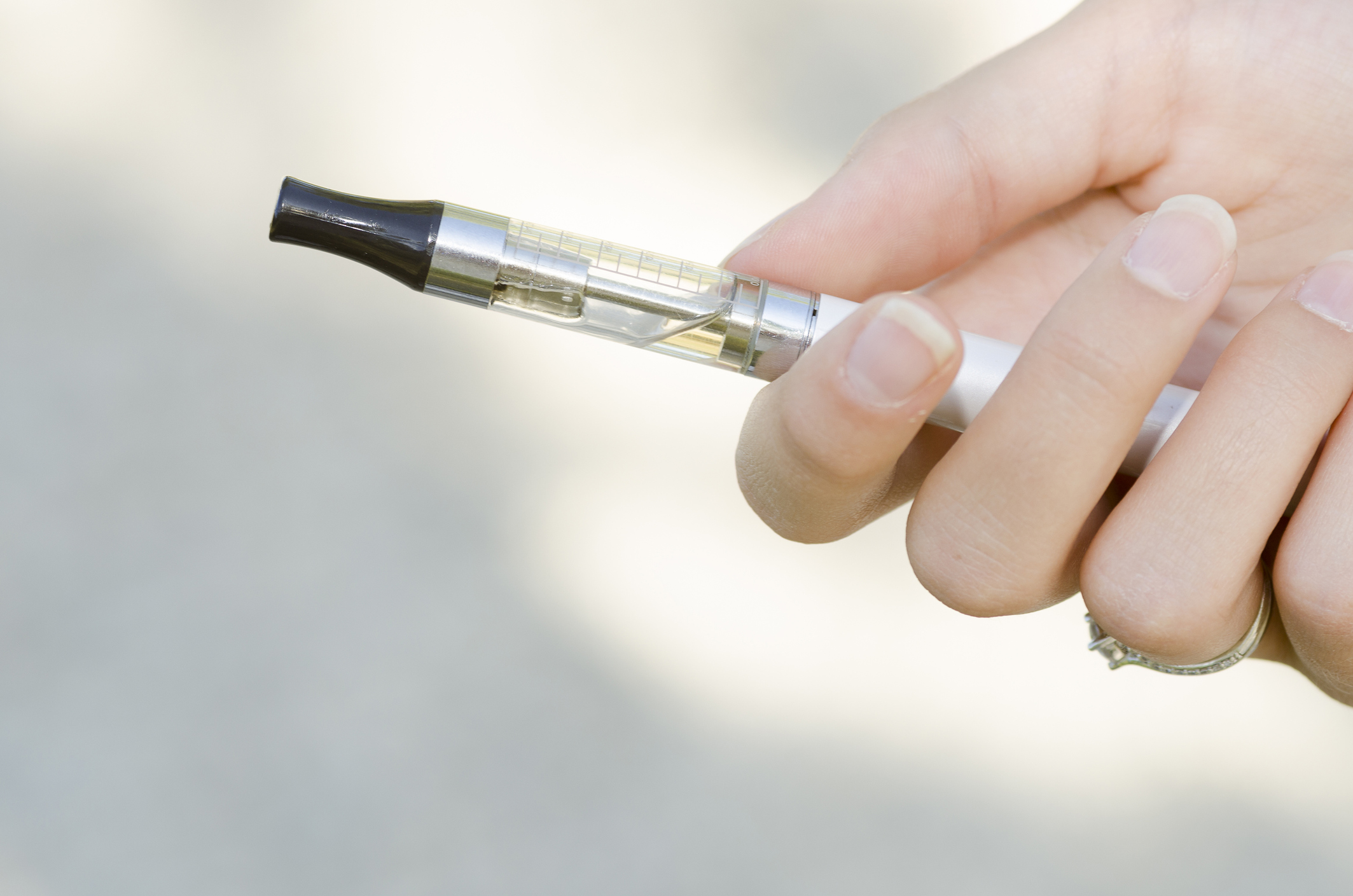 The increasing popularity of e-liquids laced with synthetic cannabinoids – or ‘legal highs’ – pose several challenges for toxicologists. A new study identifies a new compound in these trendy products – and detects its metabolites in urine.

Synthetic cannabinoids that have been available for over a decade as a ‘legal’ alternative to cannabis. Until recently, these drugs were mainly offered as herbal blends with the compounds sprayed onto to dried plant material for smoking. But over the last few years, the use of e-liquids in electronic cigarettes has become an attractive alternative.

But the increasing use of synthetic cannabinoids pose a serious threat to public health – they are often highly potent, and many are brand new substances with unknown effects. In contrast to cannabis, intoxications can lead to life-threatening conditions – with the number of people receiving emergency treatment after consumption increasing in recent years.

With the growing popularity of trendy e-liquid products laced with synthetic cannabinoids, the use of these drugs is likely to continue to rise in the long term, particularly in young people.

To enable the effective monitoring of new synthetic cannabinoids and their effects on the body, it is important for clinical and forensic toxicologists to develop robust new methods to enable their detection in biological samples.

However, there are several challenges. Consumer trends are subject to regular and rapid changes – and, due to their extensive metabolism, the parent compounds are hardly detectable in urine. Keeping up with the latest synthetic cannabinoids and establishing how they are metabolised within the body, will be essential for the development of robust detection methods.

Within the frame of a systematic monitoring study of the online market of ‘legal high’ products, a team of researchers carried out an analysis of e-liquids purchased from online retailers between May 2014 and June 2015.1

They analysed 21 herbal blends using gas chromatography-mass spectrometry (GC-MS), finding that nearly half (47 per cent) contained one or more synthetic cannabinoids. In three products, they detected an unknown compound which, after analysis with nuclear magnetic resonance (NMR) spectroscopy, they identified as 5F-Cumyl-PINACA2.

The researchers next carried out a series of experiments to investigate 5F-Cumyl-PINACA, and its non-fluorinated analogue Cumyl-PINACA, with the aim of developing new methods to detect metabolites in human urine samples.

One of the researchers volunteered to take Cumyl-PINACA to investigate its metabolism within the body. The team collected samples of his blood and urine before and after taking 0.6 mg of the substance by mouth, which they analysed using liquid chromatography-tandem mass spectrometry (LC-MS/MS). They detected the parent compound in his blood over a period of about 17 hours – as well as tentatively identifying ten metabolites in urine samples. They also analysed an authentic human urine sample that was collected as part of a death inquest, identifying six metabolites of 5F-Cumyl-PINACA.

Since 2015, several cumyl derivatives have been identified on the legal high market, leading to the necessity of developing methods to detect their metabolites in urine samples. The metabolism of some has been investigated over the last few years, but not within the human body.

This study identifies, for the first time, the presence of the synthetic cannabinoid 5F-Cumyl-PINACA in the form of e-liquid products available to purchase online. And it is the first report to describe the tentative identification of metabolites of Cumyl-PINACA and 5F-Cumyl-PINACA within human urine samples.

ELGA Labwater has been a trusted name in pure and ultrapure water since 1937. Our dedication to pure water and only pure water is a guarantee that we will continue to provide the best solutions with the best service.

Angerer, V., et al. 5F-Cumyl-PINACA in ‘e-liquids’ for electronic cigarettes: comprehensive characterization of a new type of synthetic cannabinoid in a trendy product including investigations of the in vitro and in vivo phase I metabolism of 5F-Cumyl-PINACA and its non-fluorinated analog Cumyl-PINACA. Forensic Toxicology 2018; https://doi.org/10.1007/s11419-018-0451-8