Out of this world: The Red Planet 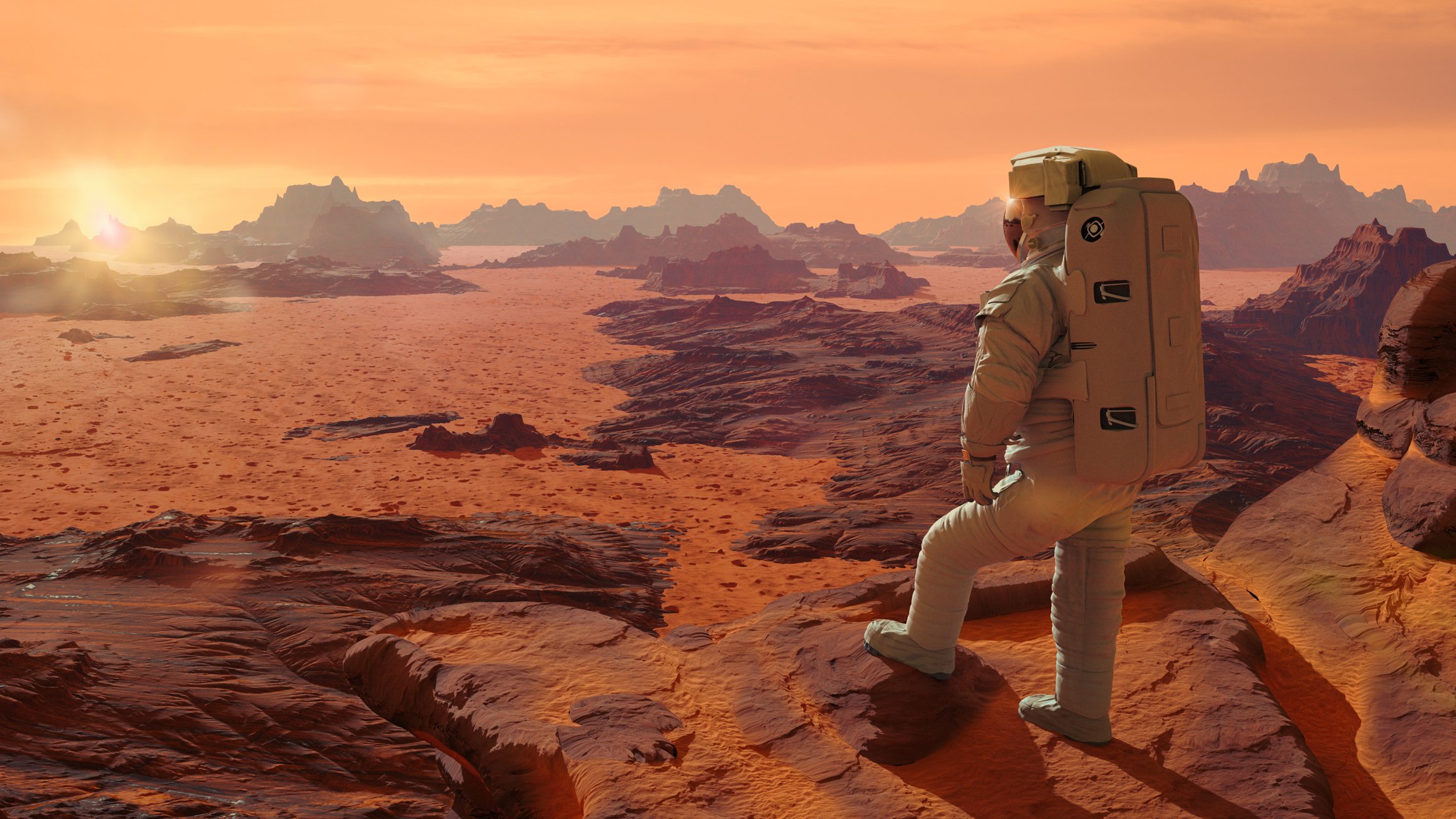 Water on the Red Planet, Mars?

Our previous two blogs in the “Out of this World” series have touched on the discovery of proxy water in the form of hydroxyl ions in two rather remote locations: the transition zone of the mantle and the Moon. This blog will look at the evidence and opinion for water on the second-closest planet to Earth, Mars. Just like the previous two blogs, much of the evidence rests on the presence of water locked in hydrous rocks and minerals. However on Mars, there has been a distinct focus on the geomorphological and astrogeobiological features present on the surface.

If you missed the first parts of this series, you can check them out by reading Part 1 and Part 2.

Locked in the rock

One thing that Mars has which the Moon does not? A polar ice cap. We know that ice typically means water (apart from the CO2 “dry ice” version). So it is highly plausible that this would indicate the presence of water on Mars. Free-flowing water on the other hand….that is a different story: the Red planet is drier than the driest place on Earth!

Unlike the Moon, Mars has a weak atmosphere. Although it is much weaker than our own atmosphere, this allows the potential for water to be present as it less likely to decompose in sunlight and the important hydrogen be lost to space …. Much of the atmosphere on Mars has been lost over time, so just like the Moon it is unlikely that free-flowing water on the surface is feasible.

In June 2014, NASA’s Curiosity Rover marked a full Martian year (687 Earth Days) since it first landed on its’ surface. Interestingly, the area close to the landing site has been confirmed to have been an ancient lake bed. Not only was this conclusion reached from a sample drilled from the rock, but also from physical evidence in the form of rounded pebbles mixed into a conglomerate with hard sand.

This form of environment is likely to have harboured early biotic life. Evidence of this possibility comes from samples collected here on Earth – Antarctica to be precise. The Martian meteorite is believed to be 1.3 billion years old, formed through volcanic processes on Mars. As is to be expected in our solar system, one impact that hit Mars 12 million years ago ejected a meteorite from the surface and propelled it to Earth where it fell to the surface about 50,000 years ago. Micro-tunnels found in the clay-rich rock have structures which are consistent with those found in terrestrial basaltic glass. While the conclusion of the Martian meteorite assumes the conclusions of bacterial interactions with terrestrials volcanic rocks, it does provide a compelling possibility and a good starting point for further discussion.

What is of particular interest is the portable laboratory on the Curiosity Rover which makes all of these discussions possible. A suite of instruments to carry out analyses in situ of the physical and atmospheric samples: gas chromatography, mass spectrometry, laser spectrometry, XRD / XRF, hand lens imagery, X-Ray Spectrometry, Radiation detection and more. This is definitely a compact but state-of-the-art laboratory. Not bad for a space 3 metres by 2.8 metres in size…if they included a water purification system we are sure that it wouldn’t be hanging from the ceiling.

There is surely much more to be discovered on Mars and we are sure that the discoveries highlighted to date are merely scratching the surface of the full story. We look forward to the future of Curiosity Rover, and it is inspiring to see the evidence for water on Mars so far.

“In my mind, the men and women of NASA are history’s modern pioneers. They attempt the impossible, accept failure, and then back to the drawing board while the rest of us stand back and criticize.”  ― Dan Brown, Deception Point

In the next part of this series, we will be flying out to visit Enceladus, the natural satellite of Saturn.

Blast your problems out of the water...